Why Coverlipedema.com does not work with every lipedema surgeon 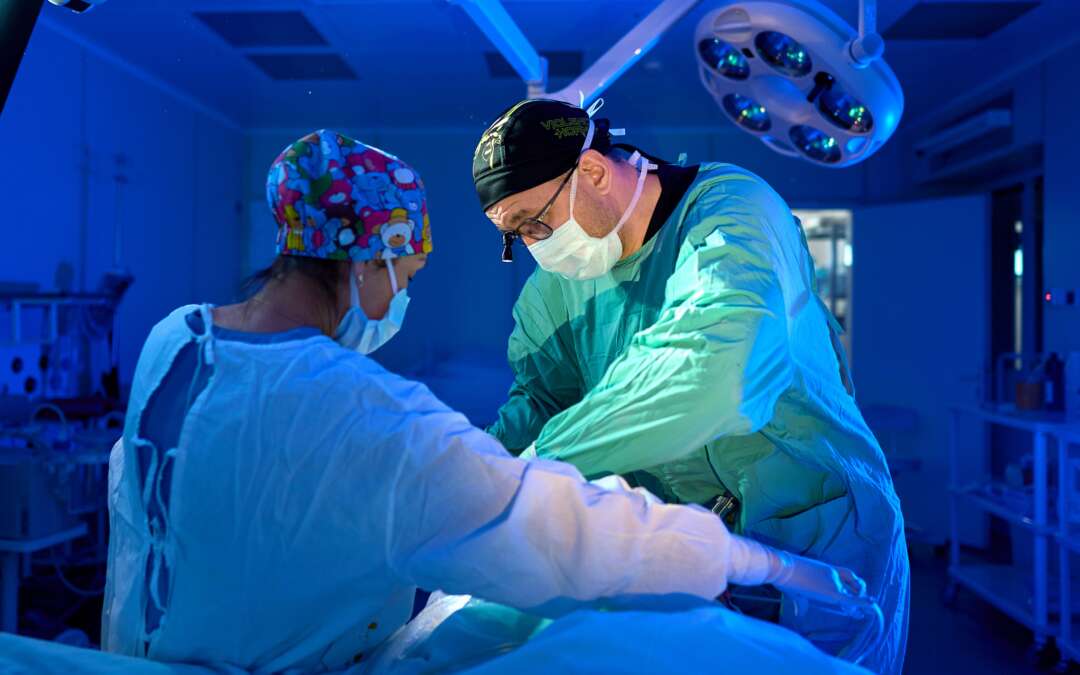 Coverlipedema.com wants to provide women with the knowledge needed for safe, effective, and fully covered surgeries. However, there is much misinformation on social media about insurance, surgeons, and our services. Because we recommend lipedema surgeons, we have been falsely accused of inappropriate financial relationships by people who do not know our business practices. We have also been falsely accused of forcing women to use certain surgeons, once again for our financial benefit. We are patient advocates who only want to recommend the safest and most effective surgeons covered by insurance. We don’t recommend surgeons for our benefit, but for the benefit of women who suffer from lipedema and need safe, effective, and fully covered surgery.

We have learned much about lipedema

When we started working with lipedema patients four and a half years ago, we had limited knowledge of who was treating the disease. We soon learned about the physicians who promoted themselves as lipedema experts. However, none of these surgeons seemed to be very insurance friendly. We have lipedema in our family and felt bad for women spending their retirement savings or borrowing to pay for surgery to treat a disease. We wanted to apply our experience to make their lives better. Initially, we helped women work with any surgeon and at any stage of their lipedema journey whether they were exploring their first surgery or were desperately seeking the reimbursement of tens of thousands of dollars for several surgeries that had been performed. Eventually, we learned that the best way to ensure coverage was to start from the beginning with preauthorization following our Coverage Process. It became obvious that paying surgeons in full upfront was the worst way to approach insurance coverage.

We are concerned about fairness

In an effort to introduce fairness to lipedema surgery, we asked that the surgeons we recommended not make patients pay upfront. However, we soon realized some of these lipedema surgeons are simply greedy and do not have their patient’s best interests in mind. Some surgeons would tell patients that they would have to charge them more if using insurance and offered cash discounts for immediate payment. Other surgeons who are not capable of performing large volume liposuction in their offices would create surgery plans that included a ridiculous eight to ten surgery visits because of their inability to remove enough lipedema tissue in each surgery. Others would try to sell additional procedures that have limited value. Some surgeons claimed to have a staff of insurance “experts” whose main function seemed to be to submit preauthorizations that were destined to be denied and then to shrug their shoulders and sheepishly say “We did the best we could.” (By the way, we no longer work with any of these surgeons.) We also began to notice that it was becoming harder to get out-of-network exceptions for physicians who were not trained as plastic surgeons. To argue to an insurance company that a gynecologist or a dermatologist, no matter how long they have been treating lipedema, has the same abilities as a board-certified plastic surgeon makes a difficult process harder when an insurance company is proposing a plastic surgeon instead. So, two years ago, we decided to only work with a limited number of plastic surgeons who are truly committed to the well-being of their patients and who are actually insurance friendly.

This decision was difficult for us because we want to help all women with lipedema. However, we understand that working with certain surgeons would not lead to insurance coverage for the greatest number of women. We are a small organization, and we must focus on the activities that provide the greatest value for our efforts and our members.

We are also concerned about patient safety

As we worked with more women, we began to notice that some lipedema surgeons seemed to have more post-surgical complications than others.  As we encountered women who had severe complications from their surgeries and as we learned about liposuction safety standards from Dr. Karol Gutowski, we decided that we should also be concerned about the safety and efficacy of lipedema surgery. In good faith, we could only recommend qualified surgeons who operate in the safest locations. Now, we only work with qualified plastic surgeons who operate in hospital settings. Further, we prefer surgeons who are in-network or have a successful cosmetic practice so lipedema is a business where they ask patients to pay upfront. We believe that plastic surgeons have the training and experience that leads to successful lipedema removal and the reconstruction that must take place in most lipedema cases. We would only choose a plastic surgeon for ourselves, our friends, or our family.

When we started working with lipedema, we were unaware of plastic surgeons like Dr. Karol Gutowski who had been treating lipedema patients for 20 years. Most plastic surgeons do not advertise treating lipedema on their websites. This is because plastic surgeons learn in training that liposuction is a spot treatment for use on normal BMI women removing low volumes (under 5 liters) for the abdomen and buttocks. Plastic surgery is one of the most difficult residencies to get into after medical school and, once they have completed training, plastic surgeons are usually busy with cash-basis cosmetic patients and do not have to deal with insurance at all. Lipedema surgery is much harder to perform than most cosmetic liposuction. Surgical procedures can take a long time and be strenuous causing carpel tunnel syndrome after several years. As a result, few plastic surgeons want or need to perform lipedema surgery.

As an option, we had hoped to find plastic surgeons in a university setting that would be interested in lipedema surgery. However, we have learned that plastic surgeons who work in larger teaching hospitals are typically motivated by doing complicated cancer and lymphedema cases and not lipedema cases. If they want to treat lipedema, it’s often only to add a program to their department list and then have the surgery done by junior surgeons and even residents often at lower volumes and even one leg at a time.

We have been doing outreach to plastic surgeons for a year now and we have found ten plastic surgeons who treat lipedema safely, fairly, and effectively. Our goal is to double that number by next year. We know there are more ethical and caring plastic surgeons out there who want to help desperate lipedema patients and we will find them.

Why so many non-plastic surgeons treat lipedema

Non-plastic surgeons in the US primarily learned to perform liposuction on their own or from Dr. Stutz in Germany over the past 10 years. Dr. Stutz, who is not a plastic surgeon, trained surgeons in the water-assisted method (WAL) which is far less effective at removing lipedema. No plastic surgeon uses WAL and some consider it dangerous because it obscures the operative field and can introduce too much lidocaine which can be toxic. Most plastic surgeons use power-assisted liposuction (PAL) to treat lipedema. PAL has also been adopted by many of the non-plastic surgeons who Stutz trained but they lack the anatomical knowledge and experience doing far more complex plastic procedures that plastic surgeons learn in years of training. It does not matter if you have done a thousand lipedema surgeries if you are self-taught with the wrong techniques and doing surgery in an unsafe setting.

Many non-plastic surgeons seem to have been motivated by the profits of treating desperate women who could not get their surgeries covered by insurance. This was an opportunity to enter the lucrative field of plastic surgery without the years of training normally required. They took advantage of the belief that liposuction was deemed cosmetic or experimental by insurance companies and built multi-million-dollar practices by charging cash for surgeries. They succeeded because they existed in an area that was not recognized by most plastic surgeons, even though most of them were not even allowed to operate in a hospital or perform procedures like skin excision. Unfortunately, most states don’t regulate surgical procedures which would allow a physician with a few weeks of liposuction training, a self-owned surgery center, and an Instagram account to market himself as a lipedema expert. Now, liposuction is an accepted lipedema treatment that is covered by insurance and is not considered experimental or cosmetic. Plastic surgeons, the surgeons most qualified to perform the surgery through years of reconstructive surgical training are now available and covered by insurance. No longer do women need to turn to obstetricians, dermatologists, internal medicine doctors, and emergency room doctors for treatment. This is also true in Germany now. Enough plastic surgeons are willing to do lipedema surgery safely and effectively so that you don’t need to take chances with your surgery or pay cash upfront anymore.

The importance of hospital-based surgery

Most non-plastic surgeons would not be allowed by a hospital to perform lipedema surgery, and some states, like New York, now prohibit anyone other than a plastic surgeon, an ear, nose & throat surgeon, or a dermatologist from doing large volume lipedema surgeries if they can’t perform the surgery in a hospital. There are many reasons why we recommend surgery and post-surgical observation in a hospital setting. Hospitals have higher standards of monitoring and infection control. Women with lipedema and Ehlers Danlos Syndrome have an increased risk of low blood pressure and must be monitored post-surgery. Large volume liposuction is not a simple cosmetic procedure and surgeons marketing about why you would not want general anesthesia in a hospital is often a cover for the fact that they are not allowed to perform surgery in a hospital. Hospitals also might further restrict the ability of a physician to do liposuction if they were not trained to do surgery below the neck.

Surgery in a hospital with overnight monitoring also allows plastic surgeons to do larger volume liposuction (over five liters). Most surgeons we recommend remove seven to nine liters, while more experienced ones remove ten to fifteen liters. This allows you to reduce the number of lipedema surgeries needed as well as have much less recovery and travel time. However, we continually see surgeons we don’t recommend pushing safety standards by doing up to ten liters in an unlicensed office or surgery center and sending women to an Airbnb or a cosmetic hotel for their unsupervised recovery. The plastic surgeons that we recommend are very concerned about doing large volume liposuction outside of a hospital without proper overnight monitoring. It’s dangerous and that is why the American Society of Plastic Surgeons and the state of New York require overnight monitoring in a hospital.

The surgeons we recommend are a special group. We only work with a few plastic surgeons who we believe can perform safe and effective lipedema surgeries that we can help women get fairly and fully covered by insurance. We wish we had more surgeons to recommend and we are seeking new ones constantly. Please explore our website, our Facebook page, and our Facebook group to learn more about how we advocate for women who suffer from lipedema.